A lesson from the Texas Winter Freeze

Curiously, a complete separate incident – the failure of an engine on Boeing 777 flight from Denver to Honolulu – exemplifies system resilience in the event of component failure. Despite a blade in the turbine breaking loose, the plane continued flying to execute a safe emergency landing, with no passenger lives lost. Multiple potential catastrophic failures were avoided. The blade did not break loose to puncture the wing, where fuel is stored and cause an explosion. Parts of the engine broke loose, but not enough to compromise the flight stability of the plane. All of these are the result of  considering multiple possible failure modes while flying and making design choices so that individual component failure does not compromise the entire system.

The same principles can and should be applied to national power grids, so that individual plant failures, do not bring down an entire system. The case of Texas was one of demand vastly outstripping available supply generation. EIC’s energy storage solution addresses that potential gap by offering buffer energy capacity at a scale and duration large enough to meet the shortfall of several days. 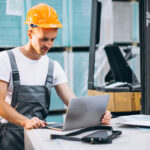 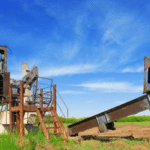