San Jose, California. The Energy Internet Corporation announced today the appointment of a new member, Mr Vyomesh Joshi, to its Board of Directors, bringing the number of Board Members to four.

Vyomesh Joshi has the reputation of having built and operated the world’s largest and most profitable printer business at HP.  He brings to the EIC Board his deep expertise of building  innovative technology businesses along with his deep experience in global partnerships and business development.   He has also served on boards of Wipro, Yahoo and L3 Harris.  He recently completed a successful turnaround of a pioneering 3D printer technology company.

“Vyomesh brings incredible perspectives on partnering and business models,” said EIC Chairman of the Board and CEO, Shankar Ramamurthy. “Energy Internet provides a critical technology core of its Zero Carbon Power Solutions, but relies on its partnerships to deliver customers its value.”

Vyomesh held various leadership roles at HP, eventually becoming HP’s Executive Vice President.   He led HP’s printer business over a period where it grew from sales of US$ 19 billion in 2001 to sales of US $28 billion, generating US$ 4.3 billion in cash during every year of his tenure.

“ I am very excited to join Energy Internet Corporation, “ said Vyomesh. “Globally as the world switches to renewables, we need zero carbon power solutions to solve the intermittency problem of variable renewable power generation.  EIC has the intellectual property and a world class team to address this very tough global energy challenge, with innovative solutions to deliver reliable uninterrupted zero carbon power for days through its technology for power generation and energy storage at terawatt-hour scale.” 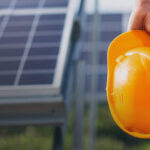 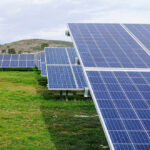