Melody Meyer brings a world-class operational perspective to the board, with a deep understanding of the factors influencing safe, efficient and commercially high-performing projects in a global organization. Her distinguished career in the oil and gas industry is predicated on a dedication to excellence, safety and performance improvements. She has expertise in the execution of major capital projects, technology, R&D, creation of businesses in new countries, strategic and business planning, merger integration and safe and reliable operations.

Ms. Meyer started her career in 1979 with Gulf Oil which later merged with Chevron Corporation, where she remained until retirement in 2016 as President of Chevron Asia Pacific Exploration and Production. During her career with Chevron, Melody held several key leadership roles in global exploration and production, working on U.S. and international projects and operational assignments. Ms. Meyer was the executive sponsor of the Chevron Women’s Network and continues as a mentor and advocate for the advancement of women in the industry.

Ms. Meyer is a C200 member, and has received several awards and accolades including being recognized as a Trinity Distinguished Alumni, with the BioHouston Women in Science Award, ASME Rhodes Petroleum Industry Leadership Award,  by Hart Energy as an Influential Woman in Energy in 2018, by Women Inc as 2018 Most Influential Corporate Board Directors, Outstanding Director by 2020 Women on Boards, and recently named by Transition Economist as one of 100 Women of the Energy Transition.

She serves on the boards of bp p.l.c., AbbVie Inc, NOV Inc, and on non-profit boards as Chair of Trinity University Board of Trustees and the National Bureau of Asian Research, on McKinsey Advancing Women Executives in Energy Advisory Board, and co-leads Women Corporate Directors in Houston. 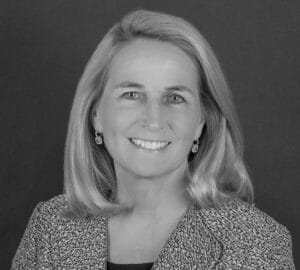 Energy Internet Corporation Chairman & CEO Shankar Ramamurthy remarked “We have little time to effectively combat the climate challenge. We need heads-down, technology driven and inexpensive Zero Carbon Power innovations that work at scale. It has both to be profitable for energy producing and distributing customers, and to be reliable for consumers. As one of most accomplished and distinguished executives from the oil and gas industry, Melody Meyer brings a critical operations and business perspective, crucial to EIC plans in this regard. We are delighted to welcome Melody on our board.”

Melody Meyer commented, “I am delighted to join the board of a start-up team that is focused on innovative energy storage solutions for the energy transition. Energy storage for longer durations with readily available resources would address one of the hardest problems we have to tackle. I am impressed by the accomplished team of technology leaders and entrepreneurs among its executives, advisors and board. They come from diverse backgrounds of oil and gas, process, electrical, mechanical, and software, and are working together to deliver energy transition solutions. I am looking forward to my engagement with EIC.”